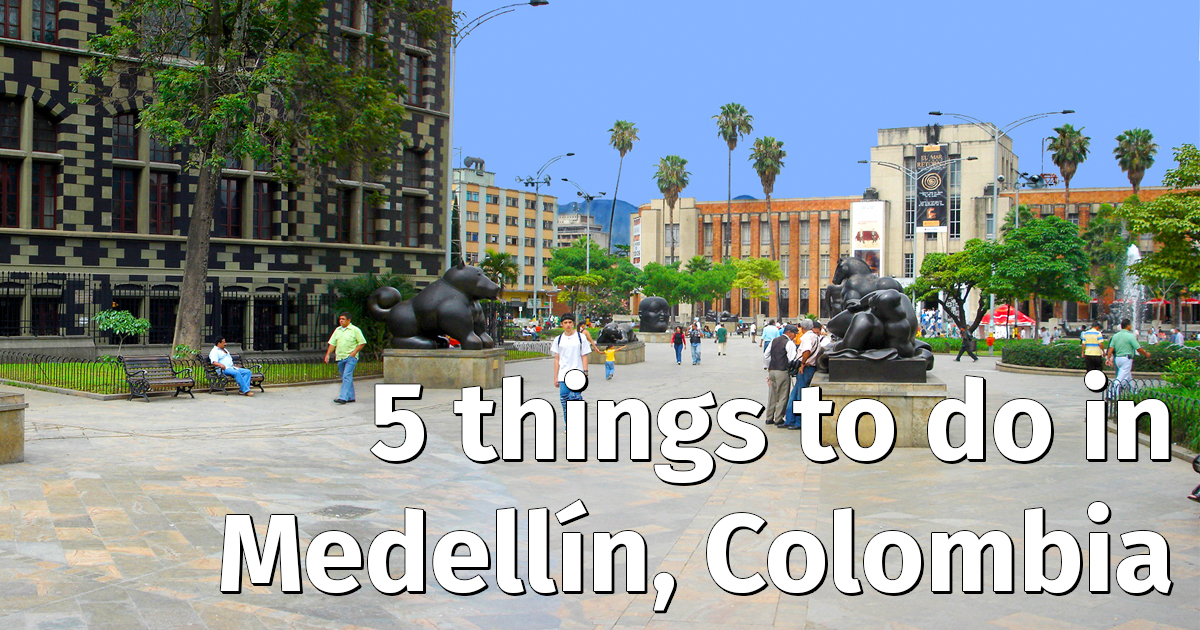 Nestled in a narrow valley, Medellín is the capital of Colombia’s Antioquia province. The city is always basking in pleasant weather. Its eternal spring is bound to put a spring in your steps too! A boisterous hub of industries and orchids, Medellín is a juxtaposition between commercial and calm. The city offers a lot of activities to its visitors, among which some of the best things to do in Medellín are free. So, be ready to let your hair down, absorb its idyllic weather, and explore the city – all without footing the bill.

Located in Downtown, Plaza Botero is the heart of the city and a cool place to hang out. The park is well-connected via metro, thus making it convenient to reach. This emblematic square is enclosed by neo-Gothic Palacio de la Cultura and the Museo de Antioquia. Dotting the Plaza are 23 giant bronze statues, including chubby Adam and Eve. Each sculpture was made and donated by native artist Fernando Botero. It is lined by many inviting eateries to make a day of it.

Spread across 39,500 acres, Parque Arví is a large ecological nature reserve in the city. It is located in Santa Elena, a rural area in Medellín. The verdant region is replete with tall trees, 54 km of walkable trails, and narrow reveries. Apart from its natural beauty, the park is also a host to several adrenaline-rushing activities such as day and night hiking, horseback riding, and cycling. Families often come here to picnic while birdwatching.

The Metropolitan Cathedral of Medellín is reported to be the largest church in South America and the largest brick cathedral in the world. The imposing building of this church exhibits fetching neo-Romanesque style. Its beautiful ochre façade is constructed with about 1,120,000 adobe bricks. The interior is equally impressive with stained-glass windows, 12 confessionals, a German-made organ, and several art pieces. Due to its noteworthy construction, the cathedral has been accoladed as a National Monument of Colombia.

Take a Hike to Pueblito Paisa

Sitting atop Cerro Nutibara, Pueblito Paisa is a charming mock town that transports you back in the past, into a turn-of-the-century rural Antioquia. Marked with a church, a barbershop, a single-room schoolhouse, and a mayor’s office, the town square is a fascinating living museum. Since it is perched high on a hill, it overlooks the entire city. You can spend time enjoying the cityscape or stroll around for souvenirs, handicraft shopping, or sampling paisa dishes such as bandeja paisa.

One of the dangerous neighborhoods of Medellín, Comuna 13, is now a popular place to visit in Medellín. You will find many camera-toting tourist groups wandering in its muralled and graffiti-awash streets. Burgeoning open-air escalators have connected Comuna 13 to cliff-hanging communities, which in turn has alleviated crime. These escaleras electricas are the rebirth and also one of the main attractions in the barrio. To fully explore the area, it is best to go there with a local guide. Many walking tours are available for free. 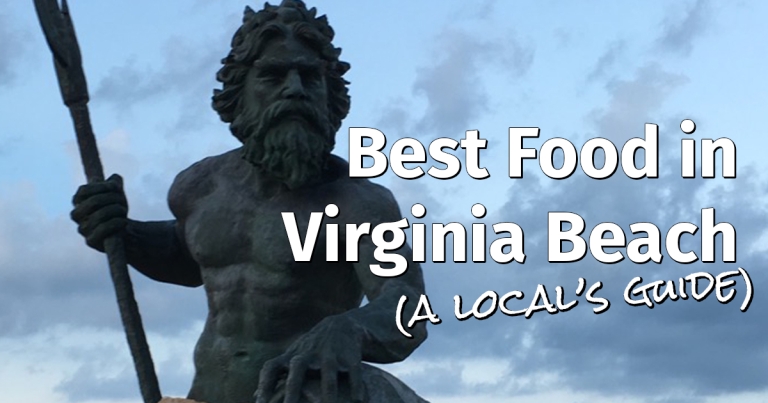 With nearly 3 million people visiting the Virginia Beach every year, there’s no shortage of bars and restaurants in the Oceanfront area. Unfortunately, it can be difficult to find spots that are worth raving about. I quickly learned this when I moved here in 2016. However, through trial, error, and perseverance, I’ve been able to… 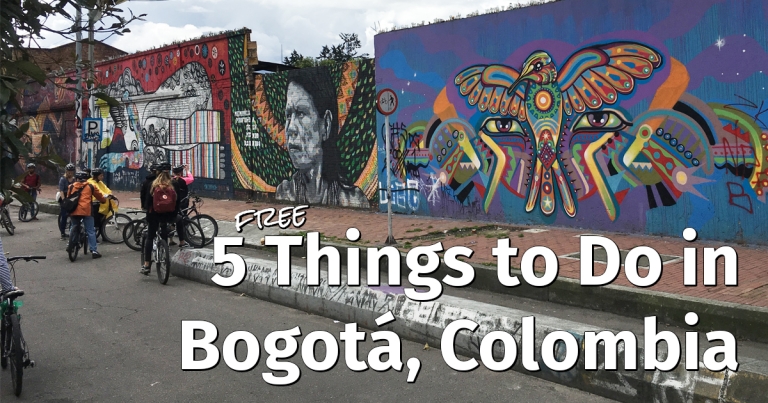 The Colombian capital of Bogotá is an attractive mix of artistic street art, color-pop buildings, and verdant landscapes. If you were wondering about the expenses of exploring a capital city, Bogotá is on your side. The Athena of South America offers its travelers many experiences that are free of cost. From exploring museums to playing… 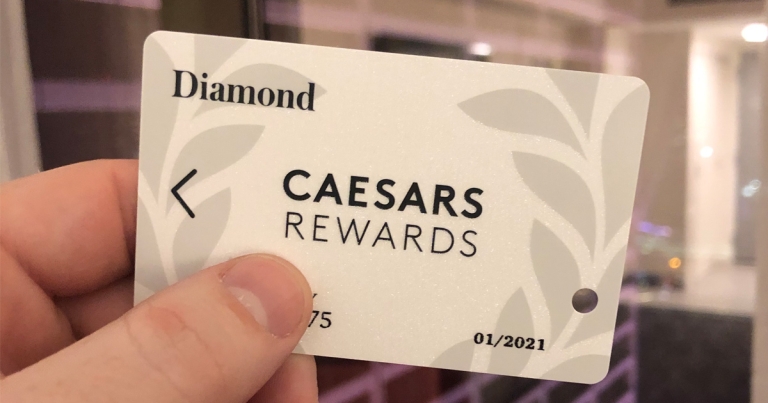 I travel to Las Vegas once or twice a year. This isn’t remotely close enough to qualify for Diamond Status at Caesars Rewards… but I have it thanks my other travels! Here’s how I status matched my way to saving hundreds on the strip in Las Vegas. Caesars Diamond Benefits Diamond is one of the… 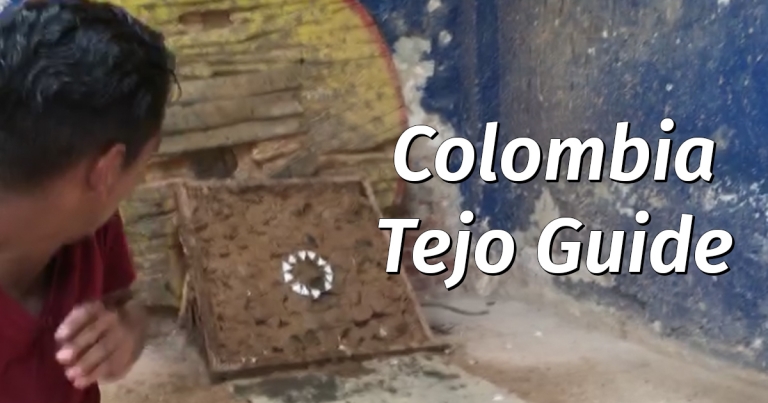 No trip to Colombia is complete without heading over to the local pub and playing game of Tejo over a round of cold beer. Seriously, you need to give this a try! You’ll have a blast (literally). It was the highlight of my trip to Bogotá last year. What is Tejo? Tejo is a traditional…

No comments to show.